This is a great time to visit the bird rich counties of Kent and Sussex, as spring migrants such as Garganey, Black and Little Terns, Hobby, Turtle Dove, Cuckoo, Wheatear, Ring Ouzel, Redstart, Nightingale and Yellow Wagtail will be pouring in across the Channel at migration hotspots like Dungeness and Rye Harbour. Kent alone has five RSPB reserves, and a county list of 424 birds, making it one of Britain’s top birding counties. On top of this, we also visit the famous Knepp Estate in Sussex, home to White Storks which have bred here since 2019 for the first time in Britain in hundreds of years! 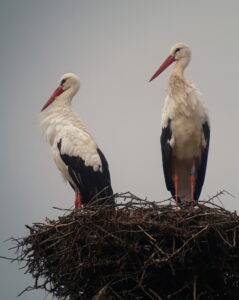 Leaving Eastwood by people carrier at 9am, we drive to the Rainham Marshes RSPB reserve, in time for lunch and an afternoon walk between the hides on the lookout for birds like Great White Egret, Marsh Harrier, Water Rail, Kingfisher and Cetti’s Warbler. Journey’s end is The Royal Wells Hotel, an elegant Victorian hotel in Royal Tunbridge Wells, with very good reviews on Trip Advisor. Near the Kent/Sussex border, this is an ideal base for exploring this beautiful corner of England.
On one day we visit Rye Harbour, at the mouth of the River Rother on the Sussex coast, where 90 species of breeding birds include Ringed Plover, Avocet, Little and Sandwich Terns, Mediterranean Gull, Barn Owl, Wheatear and Bearded Tit, while various migrants such as Yellow Wagtail are probable and a variety of waders like Spotted Redshank, Wood and Curlew Sandpipers and Little Stint, plus Black Tern are all possible. 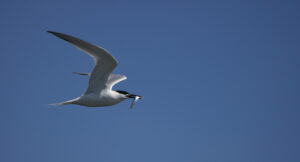 We also spend a day at the Dungeness RSPB reserve on the south Kent coast, where Ring Ouzel and Firecrest are regular spring migrants, while Bitterns should be booming, and even Purple Heron has bred here recently! We can also look for Black Redstarts, which breed near the power station, and for seabirds like Common Scoter and Little Gull migrating offshore. 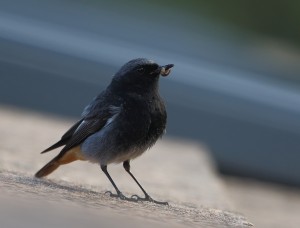 On the last day we head west into Sussex to visit the 3500 acre Knepp Estate which is the site of a ‘rewilding’ project to recreate a pre-human landscape of scrub, woods and meandering streams, with Red and Fallow Deer, plus free range English Longhorn cattle and Tamworth pigs. As well as thriving populations of Turtle Dove, Cuckoo, Nightingale and warblers like Lesser Whitethroat, several pairs of White Storks can be seen on their bulky nests, which has not happened in Britain in hundreds of years!
At the end of such a productive visit we should end up with a really good bird list.

What the price includes:
Return transport from the Nottingham area, three nights’ half board en-suite accommodation, bird checklist and the services of your guide.