We depart Eastwood (where I have parking spaces on a gated drive) by people carrier at 8.45am and drive south to the famous Slimbridge Wildfowl & Wetlands Trust reserve on the Severn estuary where thousands of waders like Curlew, Redshank, Ruff, Black-tailed Godwit and Golden Plover are joined by thousands more wildfowl including Bewick’s Swans, White-fronted Geese, Pintail, Wigeon and even Cranes! The grand finale to this spectacular show is the afternoon ‘swan feed’ where crowds of wild Bewick’s Swans, geese and ducks gather right outside a large hide, ready for a wheelbarrow full of wheat to be thrown to them by the warden! From here it is a short drive south to the Bower Inn, an 18th century ‘cottage’ with stylish  modern rooms and extensive gardens near Bridgwater, which is an ideal location for exploring this productive part of the West Country. 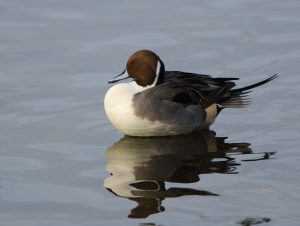 From here we have a day at the nearby Ham Wall RSPB reserve and the adjacent Shapwick Heath National Nature Reserve, where birds on offer include plenty of wildfowl plus Little, Cattle and Great White Egrets, Bittern, Kingfisher, Siskin and Redpoll as well as the spectacular murmuraton of Starlings coming in to roost. 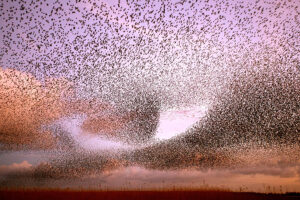 We spend another day at the nearby Steart Marshes on the coast at Bridgwater Bay, attracting thousands of waders like Dunlin and Ringed and Grey Plovers, and with so much prey on the menu there should also be raptors like Barn and Short-eared Owls, Marsh and Hen Harriers, Sparrowhawk, Buzzard, Peregrine, Kestrel and Merlin. 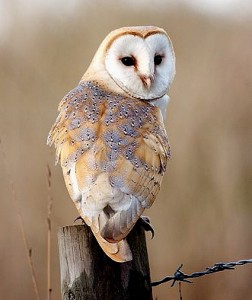 On another day we head south for a three hour birdwatching cruise along the River Exe in the company of one of Devon’s foremost ornithologists. Timed to coincide with a low tide, up to forty species of wildfowl and waders totalling 20,000 plus birds can be expected such as dark-bellied Brent Geese, Goldeneye, Red-breasted Merganser, Greenshank, Grey and Golden Plovers, both Godwits, Slavonian Grebe in handsome monochrome winter plumage and hundreds of elegant Avocets. On previous cruises we have also seen Spoonbill and Bonaparte’s Gull! This afternoon, we can also visit the nearby Bowling Green Marsh RSPB reserve where previous visits have produced impressive sightings like Spotted Redshank, pale-bellied Brent Goose, Glossy Ibis and even a transatlantic Long-billed Dowitcher! On the last day, we return north via the Greylake RSPB reserve, attracting plenty of birds including Snipe, Water Rail and Cetti’s Warbler, so we should end up with a very good bird list over a nice pub lunch. 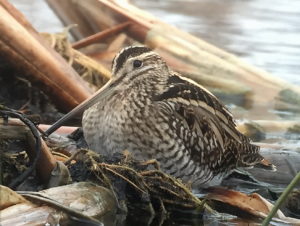 What the price includes: Return transport from the Nottingham area, four nights’ bed and breakfast en-suite accommodation, Exe river cruise,  bird checklist and the use of telescope, text alert and services of your guide.