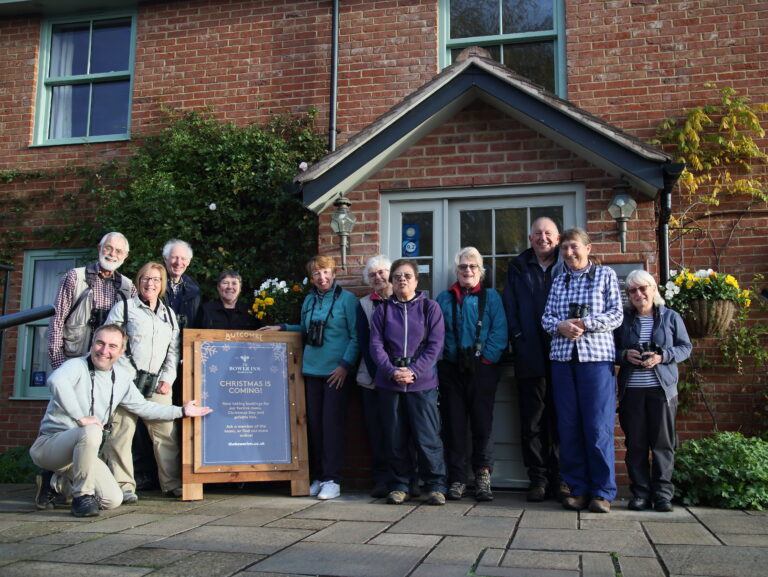 We begin the tour at Slimbridge where the first hide produces Billy the Avocet, numerous smart Pintail and 14 Bewick’s Swans, including several juveniles, recently arrived all the way from the Russian far east! Moving on to the next hide, a multitude of birds includes a wheeling flock of around a thousand Golden Plover, hundreds of Barnacle Geese and Wigeon and numerous Black-tailed Godwits. Amongst all the hullabaloo we also spot two Cranes, a handful of pink-billed White-fronted Geese from Arctic Russia, two orange-billed White-fronts from Greenland and a Redwing from either Iceland or Scandinavia. After lunch, we find a Snipe, three Fieldfares, five Cranes, nine Ruff, loads of Dunlin, more Russian White-fronts and a Ross’s Goose grazing amongst a flock of Barnacle Geese, bringing the total bird list for the day to 55 species. 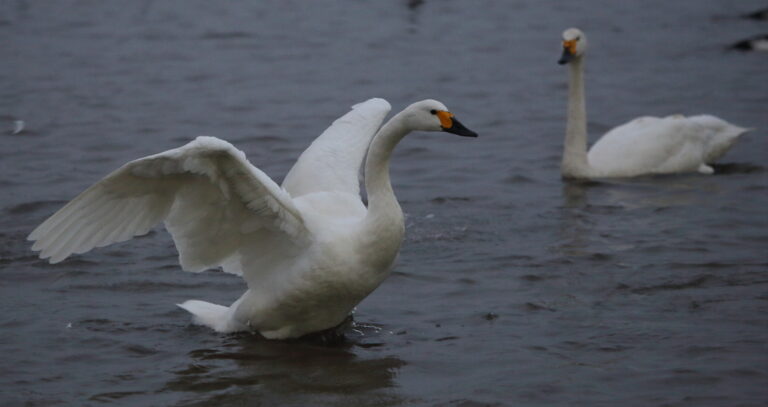 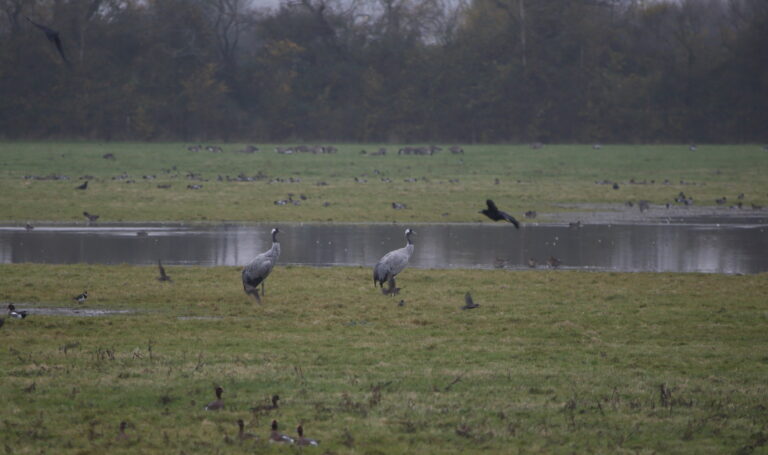 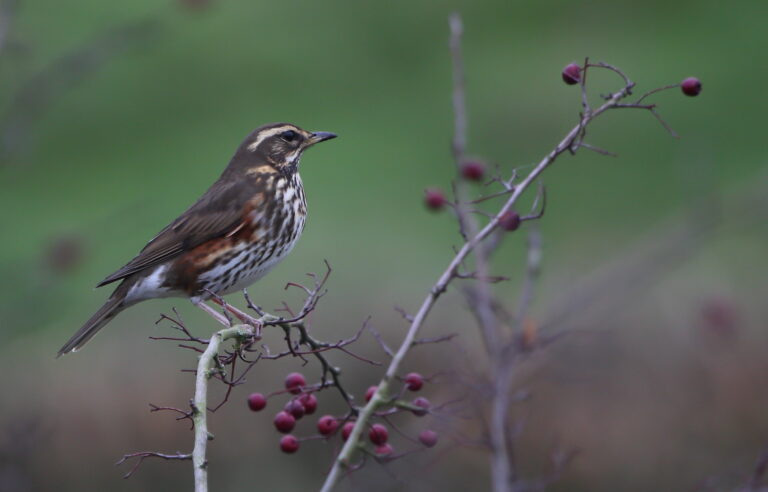 This morning we head to Exmouth for a river cruise along the Exe estuary and start the day list in the queue to board the boat with a Peregrine on the church spire. Once aboard, Brent Geese are quickly seen and soon number many hundreds, if not thousands, while other early birds include a Raven, a few Shags, Turnstones, Greenshanks, Curlews and Red-breasted Mergansers and plenty of Little Egrets, with a bull Grey Seal sprawled on a floating pontoon. Further up river we spot Bar-tailed Godwits on the sand bars and a Kingfisher sitting on an old shipwreck. As the salinity drops, Black-tailed Godwits start to show on the muddier shores along with Knot, Dunlin, Avocet, Ringed and Grey Plovers, a single Mediterranean Gull, a flock of around 650 Golden Plovers and a Common (aka Harbour) Seal, while pairs of Black Swans and Egyptian Geese add an exotic twist to the list. Turning round at Topsham, the return journey adds Marsh Harrier, Buzzard, Sanderling and a high flying Short-eared Owl to the trip total of 50 birds seen from the boat in just three hours!
This afternoon a brief visit to the hide looking out across Bowling Green Marsh provides an intimate audio-visual show by a nice variety of water birds at close range including numerous Pintail, Shoveler, Teal and whistling Wigeon, and as the tide rises on the nearby estuary, flocks of Black-tailed Godwit, Redshank and around 300 Avocet drop in. Amongst the 160 or so Redshank is a slightly paler, longer-legged and longer-billed Spotted Redshank, allowing a fieldguide comparison next to its Redshank neighbours. What a great day that was.
Today we head for the Avalon Marshes and begin with a search of the pastures near Westhay on the lookout for recently reported Cattle Egrets and a Glossy Ibis. By 10am we find a dozen Little Egrets and amongst them John spots the dark-bodied Glossy Ibis, showing really well while busily probing the lush grass with its long curved bill. The ibis then translocates to pastures new across the road, where it joins a group of 14 Cattle Egrets, looking very at home as they forage amongst a group of cows. After this bonanza we move on to nearby Shapwick Heath where Long-tailed Tit, Great Spotted Woodpecker, Chiffchaff and Goldcrest are new for the trip, along with a superb male Bearded Tit posing for views in the scope! By now it is so warm that a Red Admiral is out on the wing! 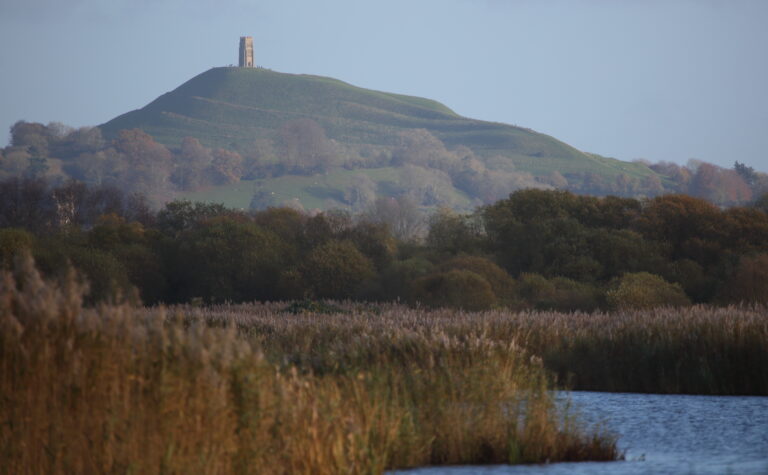 After a picnic lunch in the lovely sunshine, we explore the Ham Wall reserve, where new birds include Great White Egret, Stonechat and Water Rail, while several Marsh Harriers also show well. By late afternoon, there is still no sign of the impending Starling murmuration until 4pm, just twenty minutes before sunset, when the sky is suddenly full of Starlings arriving in wave after wave and coalescing to form an animated ‘super flock’. As the numbers swell to many thousands, the wing beats become clearly audible, and once the Starlings drop into their reedbed roost for the night, the chattering from so many beaks sounds like water cascading over rocks. As we drive away after dark, two Woodcock flap across the car park and the narrow road just ahead of the vehicle, ending another great day out. 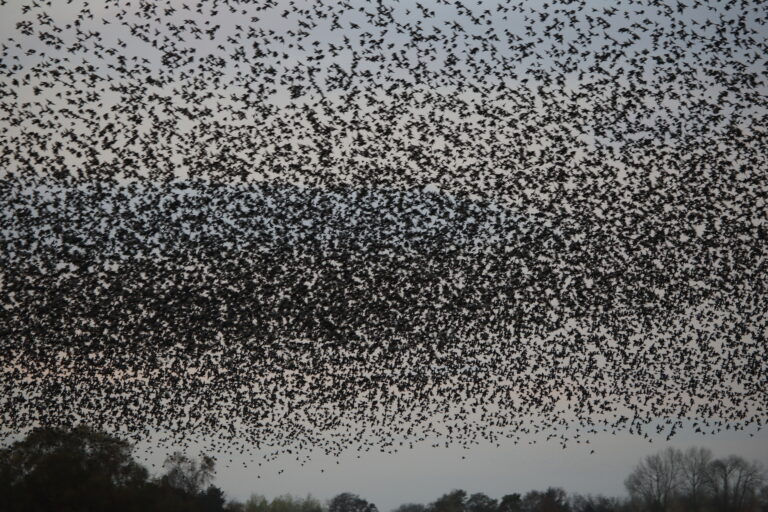 This morning we head west to Steart Marshes on the coast of Bridgwater Bay, where we begin with an unusually showy Cetti’s Warbler and then a more flighty Sparrowhawk. The marshes here are choc-a-bloc with around a thousand Golden Plover and plenty of Wigeon, Lapwing and Redshank, plus a Spotted Redshank and a Great White Egret, while at least three Marsh Harriers are out on patrol and a Reed Bunting is bird number 99 on the list. Meanwhile a vocal Water Rail is reluctant to show. A short way north at the tip of the Steart peninsula, we watch a Raven play with a green ball and a stick while thousands of Dunlin, hundreds of Grey Plovers and a Knot with a gammy leg retreat from the incoming tide, resembling a mini Tsunami as it rushes in.
It’s our last morning in the field and we head to the nearby Greylake reserve, where the blue sky is full of Lapwing flocks while the warm sunshine encourages a Chiffchaff to sing from a bare Willow branch near the car park. A Cetti’s Warbler shows briefly, while various posts and gates on the reserve support a Buzzard, a female Kestrel, a female Marsh Harrier and best of all, a female Merlin, showing really well and bringing the trip list to 100 different birds. Ironically, a second female Merlin suddenly appears, buzzes the first and then perches on a nearby dead branch for a thorough preening session. You wait a long while for a Merlin and then two come along at once, making this one of the star birds along with other top sightings like Bearded Tit, Short-eared Owl, Crane, Bewick’s Swan, White-fronted and Ross’s Geese, Cattle Egret, Glossy Ibis and Spotted Redshank, plus crowds of Brent Geese, Golden Plovers, Avocets and all those murmurating Starlings.